Rising above all others with Dawson Company.

Construction began on the Hotel Statler, later known as the Wilshire Grand, in 1950 in downtown Los Angeles. At the time, it required the largest single building permit issued by the City of Los Angeles. When it opened in 1952, it became an instant landmark in downtown Los Angeles, hosting many celebrities, politicians, businesspeople, and dignitaries such as President John F. Kennedy and Pope John Paul II.

Although it had multiple updates over its 52-year history, the current owner of the property, Korean Airlines, felt it was time to close down the hotel and build a replacement that would once again set records and the standard for hotels in the city. A design team was chosen and a schematic design was developed. In 2012, deconstruction and construction on the replacement building began.

The new tower, completed in 2017, is 73 stories tall. It consists of a mixed-use 900-room hotel, retail space, office space, and an observation deck. In order to ensure a solid foundation for the 1100-foot high rise building, a 19-foot-thick concrete foundation was needed. This required 21,200 cubic yards of concrete poured continuously over a 20-hour period, setting a new world record. Additionally, it was the first high rise building in Los Angeles not to feature a flat roof.

ACCO Engineered Systems was awarded the design-build contract by Turner Construction for the HVAC system. This team was headed by project managers John Boncich PE and Chuck Darway PE. Review and redesign of mechanical systems was headed by Ryan Graham PE.

Among the changes made to the schematic design was the switch from a primary/secondary heating hot water system to a variable primary system. This allowed for the elimination of fourteen primary heating hot water boilers. High turn-down boilers with the latest in sequencing technology were utilized to guarantee the highest possible operating efficiency.

To minimize required working pressure ratings on the equipment, the 1100-foot tall building was split into multiple zones using Bell & Gossett high working pressure GPX plate and frame heat exchangers, some weighing over 25,000 lbs. each. These had to be lifted up to the mechanical room on the 30th floor.

The job of designing and installing the domestic hot water system went to Pan Pacific Mechanical, located in Fountain Valley, California. Vice President Ryan Cavanaugh and Project Manager Mark Carothers, together with their Engineer Dominic Picone, needed to make sure that the most efficient hot water delivery system was utilized for the new building.

After reviewing what Dawson Company had to offer with its technical support and industry-leading products, Dominic selected Dawson Company to provide the water heaters. Dominic said it was the efficiency, high turndown, and small footprint of the seven condensing water heaters that influenced his decision. 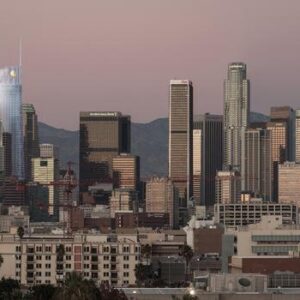 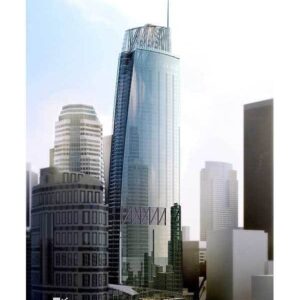 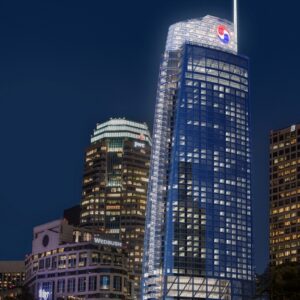 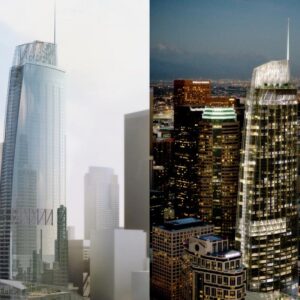 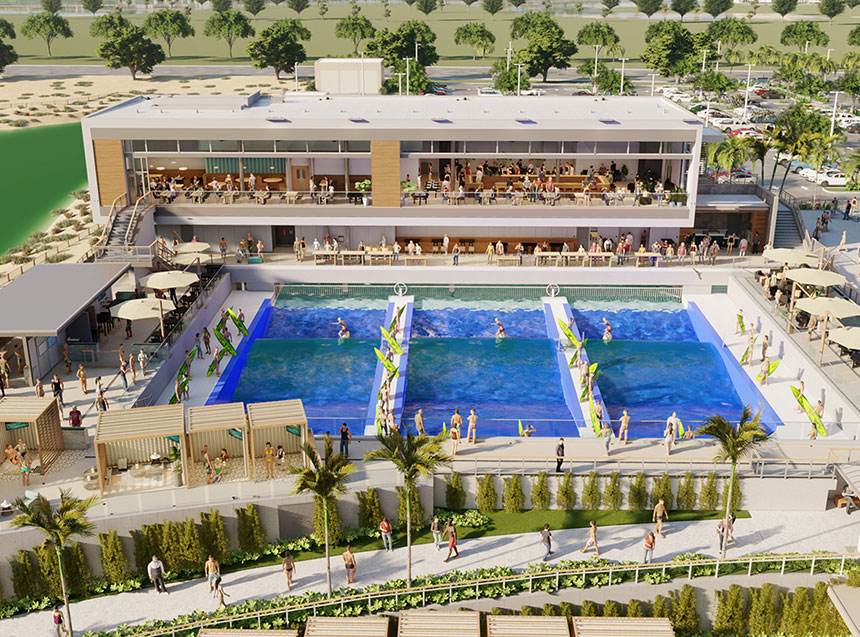 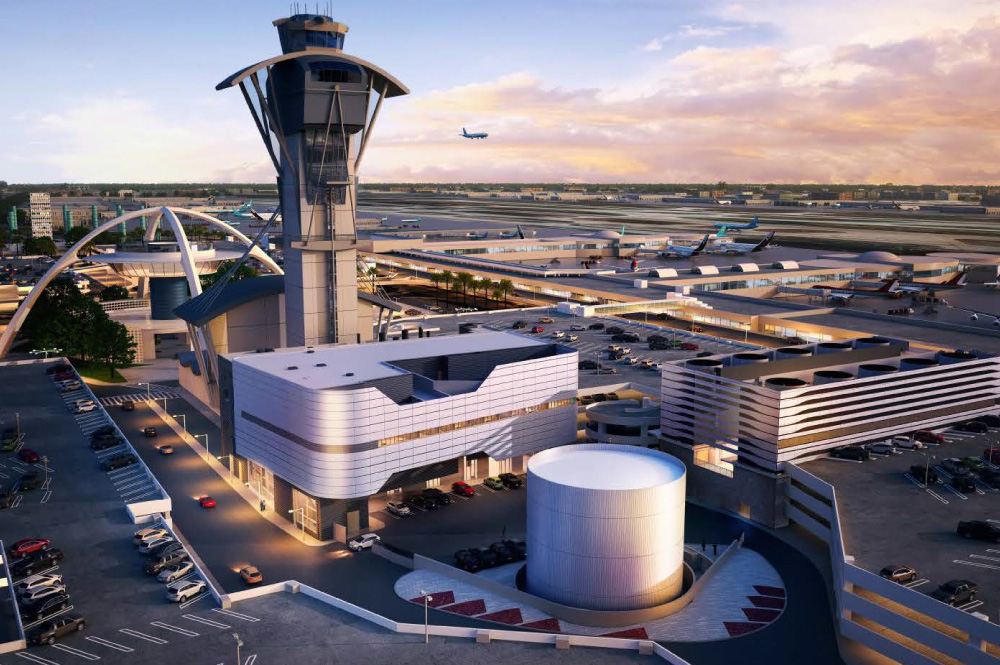 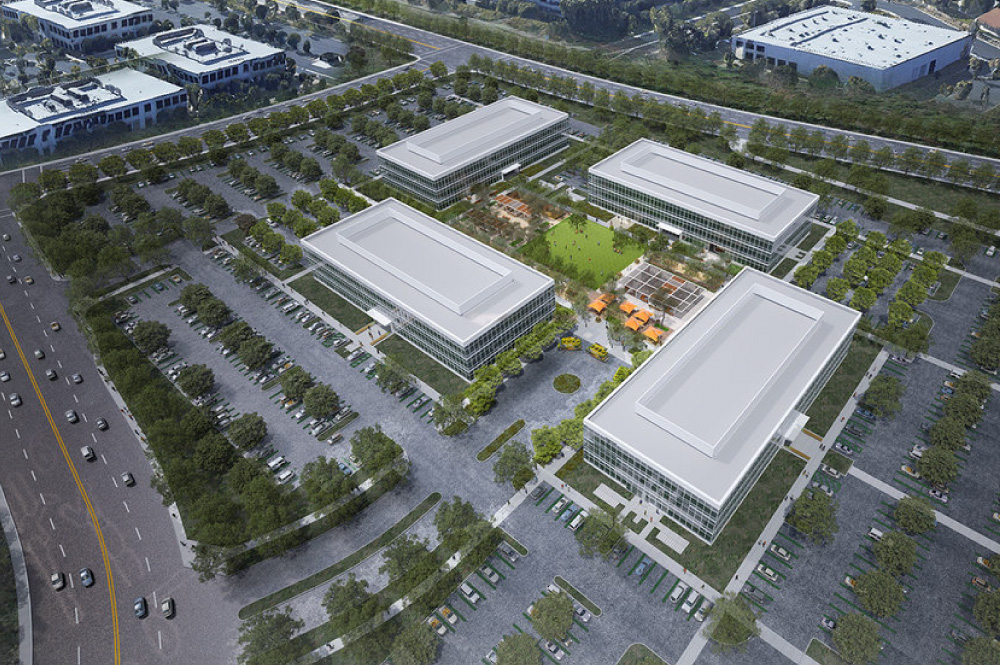 The Quad at Discovery 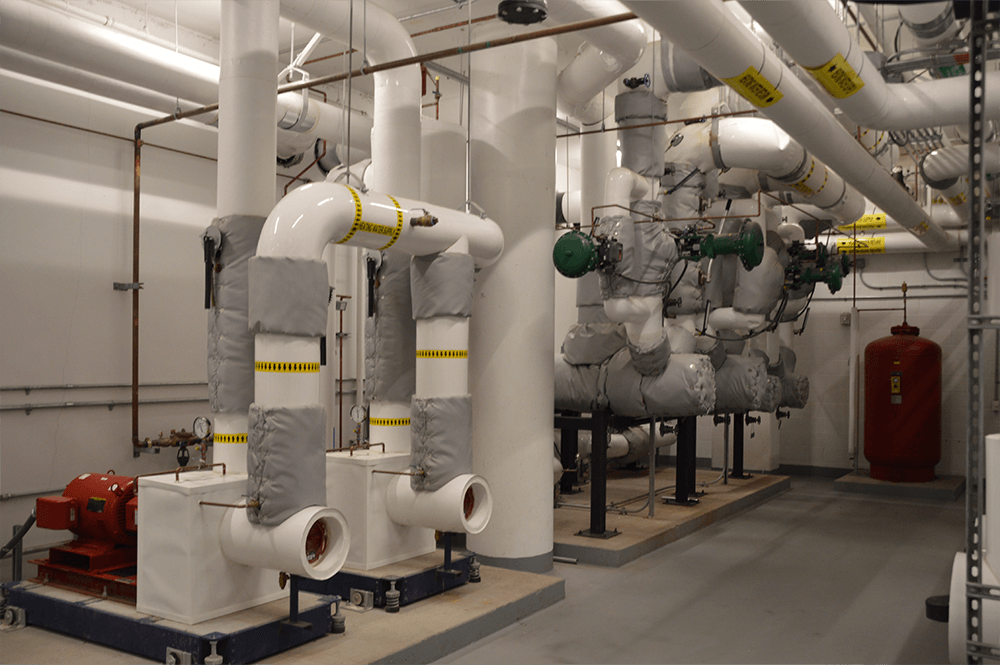 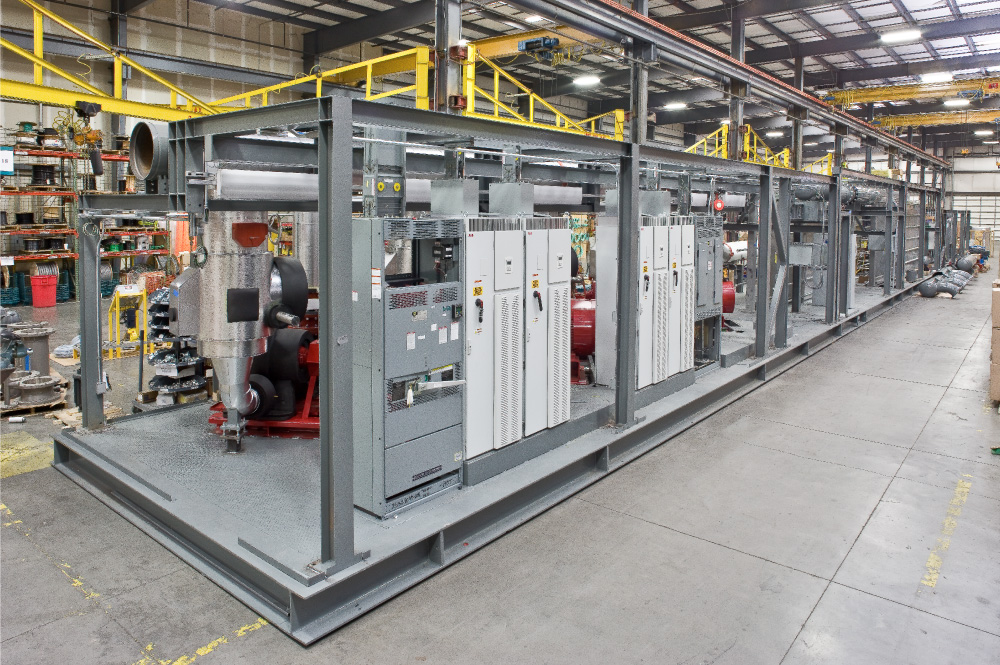 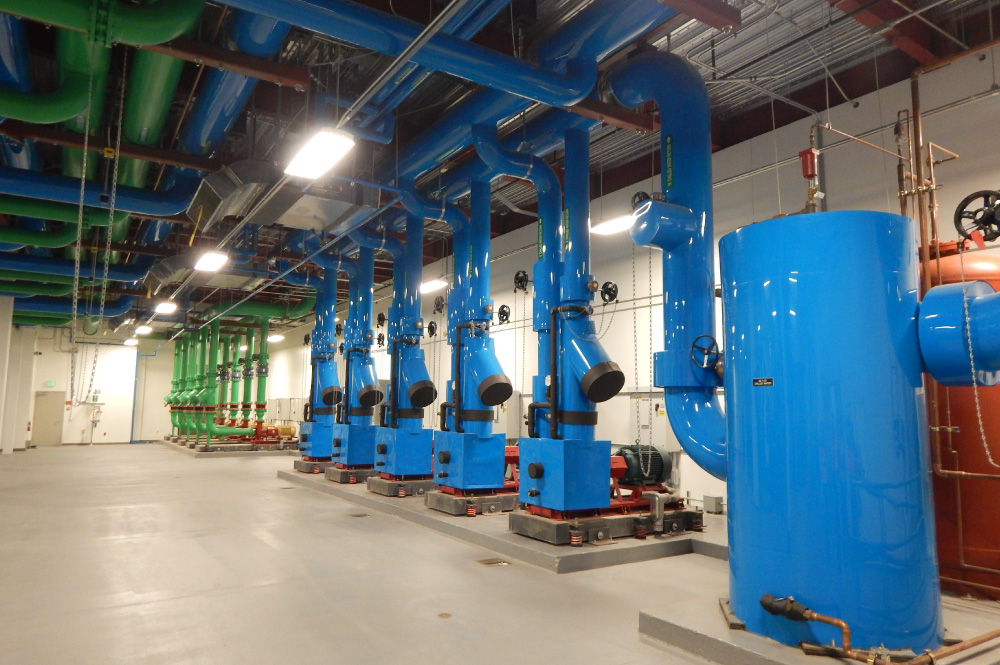